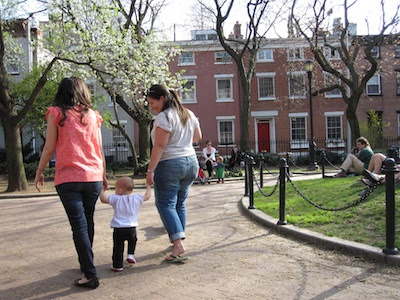 This article already made the rounds last week but it's worth sharing here now too far all who missed it.  We all know NYC is a pretty walkable place and even with an inadequately funded mass transit system and a still growing bicycle infrastructure, its density still allows many people to regularly rely on two feet rather than two wheels. WalkScore is a system that rates and promotes that ability because
Cobble Hill and the adjacent neighborhood of Brooklyn Heights, both reached the city's highest scores - 98 out of 100. Congrats Cobble Hill!

To read more check out the L Magazine's write up... and visit Walk Score's website & breakdown.
http://www.thelmagazine.com/TheMeasure/archives/2012/04/13/the-most-and-least-walkable-neighborhoods-in-brooklyn
Posted by Dave 'Paco' Abraham at 4/17/2012 08:30:00 AM