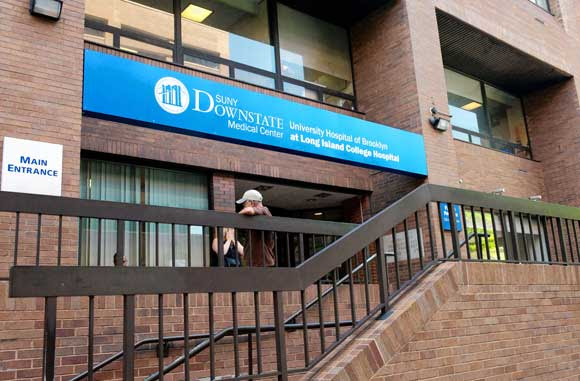 Everyone in the Cobble Hill community knows how tirelessly our local advocates have been fighting to keep nearby Long Island College Hospital from shutting its doors. After many months of negotiations, and the immense help of elected officials, the unprecedented merger of LICH and Suny Downstate is complete. Cobble Hill Association president Roy Sloane first announced it at the recent Spring General Meeting, and yesterday it became official as the new sign went up introducing the new University Hospital of Brooklyn at Long Island College Hospital.

For more detailed accounts of the merger, check out some of the local press coverage linked below. The CHA also wished to once again express our deepest gratitude to the late Murray Adams, a lion of an advocate, without whom this hospital saving merger would have never been possible.