Thank you to Jeff Strabone (the CHA Board member who researched and prepared the extensive LICH Factbook) for providing this statement on yesterday's court action regarding LICH.

You may have heard confusing news today about a new court order to do with LICH. The news is fantastic beyond belief. It's also fairly complex, so we thought we'd do our best to break it down for you.

The short version is that Justice Carolyn Demarest of Brooklyn state court has vacated SUNY's 2011 acquisition of LICH. That means that SUNY no longer owns LICH and cannot profit from its sale. How is this possible, you ask? Let us explain.

When SUNY acquired LICH in 2011, the acquisition was effected by an order of Justice Demarest. That's how it was done. Today Demarest issued a new Decision and Order. In it, she found that SUNY's running of the hospital was "a travesty of the mission of LICH". She reminds us that the reason for SUNY's acquisition was "to ensure LICH's ongoing existence and safeguard its charitable mission". SUNY instead did the opposite of what they were bound to do: they tried to destroy LICH. For this reason, the hospital was taken away from them today.

Justice Demarest's language in the order is harsh. She does not beat around the bush in pointing the finger at SUNY. Indeed, she suggests that SUNY may have deceived the court in 2011 and that it intended to sabotage LICH in order to sell it as real estate from the very beginning. This is something the CHA and our allies have been saying for many months now. Today our accusations have all been vindicated by the court's action.

Here are the key elements:
1. SUNY failed to uphold its obligation to run LICH properly.
"this Court finds that SUNY-Downstate has breached its contractual obligations"

2. SUNY may have failed by design as part of a deliberate scheme to sell LICH for real estate.
SUNY "has failed, possibly by design, and that this Court, and many of the other interested parties, may have been deliberately misled at the time the transfer was approved."

3. SUNY has lied about LICH's finances.
SUNY expected losses of $144.4 million over three years when it acquired LICH in 2011. What actually happened instead: "SUNY-Downstate's actual losses attributable to LICH approximate $30 million dollars at this time." Remember that SUNY has been falsely claiming that LICH is losing $15 million a month.

4. In fact, LICH is so relatively sound that SUNY has tried to pilfer it for its own sake.
"Moreover, LICH's Liability Fund is actually in very good condition, to the extent that SUNY has sought to cover its own financial difficulties by accessing LICH's retained assets." While SUNY claimed LICH was bankrupting SUNY, the opposite was true.

5. The court would never have approved of SUNY's acquisition of LICH had it known that SUNY Downstate was in even worse financial condition than LICH.
Justice Demarest cites the NYS Comptroller's January 2013 audit of SUNY Downstate. Those of you who read the CHA's LICH Factbook may recall that we made a big fuss about the audit, too.

6. SUNY's repeated attempts to close LICH have been "in flagrant defiance" of stays and orders by the court.

7. A full hearing would be needed to determine SUNY's motives.
"Without a full hearing, it cannot be determined whether SUNY's [...] original design and intent was to seize the very substantial assets of LICH and convert them to SUNY's own purposes in disregard of the stated intent of the Transaction." Furthermore, "The wave of enthusiasm [in 2011] for a solution that would preserve LICH may have blinded many to a more sinister purpose to seize its assets and dismantle the hospital."

8. SUNY cannot appeal today's Decision and Order until and unless there has been a full hearing first before Justice Demarest.

9. If the NYS Attorney General cannot represent the public due to conflict of interest, the Court may turn to the NYC Public Advocate.
That would be Bill de Blasio.

So where does this leave LICH ownership-wise? Does it revert to its previous owner, Continuum? Not exactly. Justice Demarest suggests that Continuum "resume operation of the hospital", but Continuum publicly said today it would not. The ruling says that, in that case, the NYS Commissioner of Health "may apply to this Court to designate a receiver".That is what we expect to happen, but no one knows for sure.

What we do know is that SUNY's scheme to destroy our hospital and walk away with a $1 billion real estate profit has been thwarted. Could this victory be overturned? Maybe, but see point 8 above.

Justice Demarest will hold a conference on Thursday in her chambers to sort out some of the consequences. We will stay on the case and keep you informed. 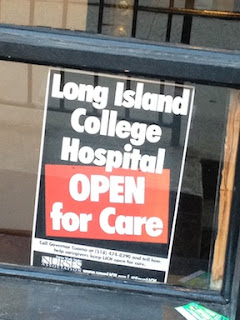 
NEW YORK—Plaintiffs in the legal action to keep Long Island College Hospital open secured a major victory late Friday with a court order that binds SUNY and the State Department of Health to remove impediments to medical care and will appoint an independent monitor to assure compliance. After weeks of SUNY unlawfully curtailing medical services, putting staff on leave and obstructing patient care, the new order puts in place a regime to preserve vital services and prevent further violations of the law until litigation is resolved.

The judge’s order requires SUNY to immediately put into effect:

· Full restoration of staffing and services which were available as of July 19, including an active Emergency Department, Intensive Care Unit, inpatient medical beds, as well as laboratory, radiology, social work and pharmacy services

· Removal of armed guardsother than those deemed necessary for crowd control and safety.

· Issuance of a formal “retraction letter” telling patients that LICH clinics are not slated for closure unless and until the Court deems otherwise. The letter will countermand the “closure letter” sent by SUNY on August 9.

· Court appointment of an ombudsman who will monitor SUNY’s compliance with court orders to maintain services, and serve as point of contact when violations are reported;

“SUNY tried to padlock this hospital four weeks ago. We’ve watched it violate court orders in broad daylight. Now, the court is putting all that to an end. These steps will ensure this community will have continuity of care for the immediate future,” said Public Advocate Bill de Blasio. “This is a huge step forward.”

De Blasio, NYSNA and other petitioners continue to participate in negotiations with SUNY to find a path forward for L.I.C.H. 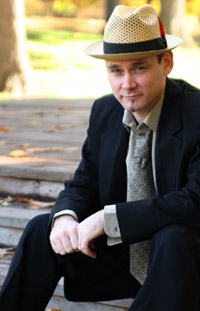 Tonight we close out the 2013 Cobble Hill Concert Series in Cobble Hill Park at 7pm with the musical stylings of jazz man Adam Smale.

August 15: Adam Smale
This Canadian native has played jazz worldwide but now calls the Big Apple home sweet home, and we're lucky enough have him as a local closing out this year's concert series. With a masters in Jazz performance, Adam Smale, will delight the crowds his unique, self-built seven string performing exciting jazz standards beside his fantastic Quartet. 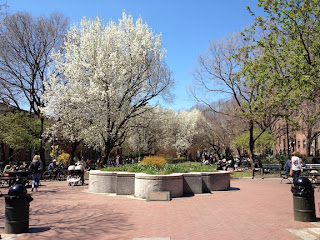 Rescheduled because of rain... tonight, Friday, August 9th, we will continue the 2013 Cobble Hill Concert Series in Cobble Hill Park. We'll have the musical stylings of folk artist Nadim Silverman.

If you can't join tonight, then how about next Thursday at 7 when we close out concert season with the smooth jazz of Adam Smale.

Reminder: Lock your bike the right way, in the right place

With nice weather upon us and more lanes being rolled out each year, biking has never been quite so popular in the city. However, there are rules to follow and etiquette to abide by. At Cobble Hill Park many bikes are repeatedly locked to the park's fencing alongside Veranda Place. Though this may seem harmless, it chips the paint on the iron railings and can damage the plantings at the ground level. Volunteers and the Parks department staff work hard to maintain the park's beautify and repairing the fencing here need not be such a frequent task. Please remember to look for proper bicycle racks and follow these tips on how to lock up securely.
http://gothamist.com/2012/05/15/basic_bike_lock_etiquette_and_safet.php 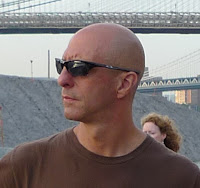 Tonight we continue the 2013 Cobble Hill Concert Series in Cobble Hill Park. We'll have the musical stylings of Brooklyn's own Kenn Lowry.

August 1: Kenn Lowy
A marathon swimmer, former Green Party candidate for State Assembly, and owner of the beloved shoebox Brooklyn Heights Cinemas, Brooklyn mainstay Kenn Lowry also adds talented singer-song writer to his resume and will be sharing his sounds with the Cobble Hill crowd this summer. What type of music you ask? Imagine Elliot Smith meeting Rod Serling and deciding to form a band with David Lynch and Chris Carter. For a taste, check out this little number. http://www.youtube.com/watch?v=59oNQ9WisBA