Muyassar Moustapha, Owner of Oriental Pastry & Grocery, was Killed in a Crash on Atlantic 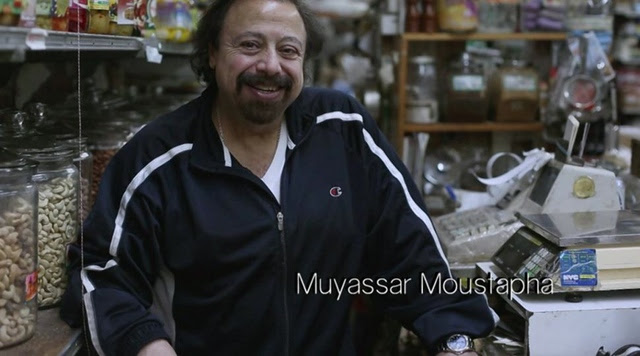 Late Sunday night Muyassar Moustapha was killed in a car crash at Atlantic Avenue and Clinton Street while returning to his store from Key Foods. The driver of the vehicle stayed at the scene while the NYPD Collision Investigation Squad conducted conducted its survey. Moustapha was the owner of Oriental Pastry & Grocery, a family owned staple of the Arab-American community on Atlantic Avenue for over 60 years. The tragedy shocked those who knew him well as Al Shaia told the Gothamist, "he always crossed at the light and he was always careful."

Unfortunately, this comes as no surprise to those of us who know this street's dangerous conditions well. Less than two years ago another fatal crash at Atlantic and Clinton shook the neighborhood.  Last year, as part of Mayor de Blasio's Vision Zero initiative aimed at reducing traffic deaths, the speed limit on Atlantic Avenue was reduced from 35 mph to 25 mph. Although traffic engineers assert that crashes at this slower speed have a far lower fatality rate, the new regulation has seen little enforcement and is often ignored. At night drivers will often exceed speeds of 35mph.

Year to date there have been 66 NYPD recorded traffic collisions along Cobble Hill's Atlantic Avenue border, 18 of which have occurred on, or near Clinton Street. Since the beginning of 2013 there have been a total 343 traffic crashes on Atlantic from Hicks to Court Street, resulting in 58 injuries and now, 2 deaths. Data source: NYPD motor vehicle collisions.

Bill de Blasio has promised to address the dangerous arterial roadway in his Great Streets initiative announced in March. The program sets aside $276 million dollars to install engineering improvements on four of the city's most deadly arterial roadways. Construction has already begun on Queens Boulevard with improvements to Atlantic Ave slated to begin in Community Board Five in spring of 2017. Advocates at Transportation Alternatives, which runs the People First on Atlantic campaign, laud mayor's efforts but say that the DOT should study the entire Avenue, from the bay to Queens, to propose comprehensive safety improvements. Those of us who cross Atlantic daily know safety improvements can't come too soon. While not everyone agrees with the implementation of New York's Vision Zero initiative, Charlie Sahadi states the salient point,


"I don't agree with some of the things Mayor de Blasio came up with, but if that car was driving at 25 miles per hour, this gentleman would not be dead today"
-Charlie Sahadi

And with this History they are allowing more buildings to go up sorry TOWERS please STOP The Construction in COBBLE HILL it is a crime. More People more traffic more deaths