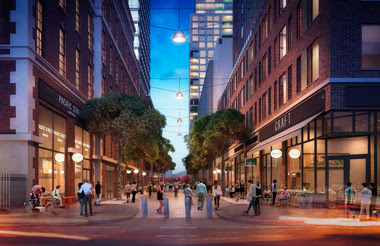 The folks at the Brooklyn Daily Eagle have published a very thorough article about this week's community meeting responding to the Fortis proposal for LICH development unveiled at the CHA's general meeting in May. In addition to presenting the 'need-to-know' facts, the article offers some important insights from CHA leaders. Roy Sloane and Jerry Armer warn the community to be wary of the ULURP option.


Sloane said this [as of right] plan was obviously designed to “scare” the community and thus encourage support for Fortis’ “preferred” plan, which would require zoning changes that could only be approved after going through the city’s Uniform Land Use Review Procedure (ULURP).


You can read the full story at the Brooklyn Daily Eagle: Cobble Hill residents vow to fight Fortis plans for LICH site.
Posted by Bahij at 6/10/2015 11:50:00 PM