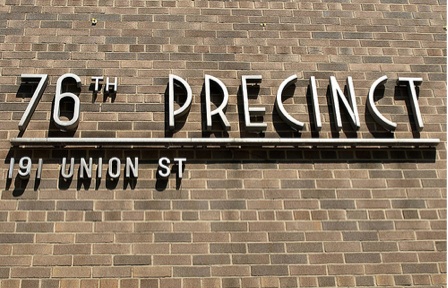 Several residents in the community brought up traffic safety concerns after a serious collision in our neighborhood. At the intersection of Court Street and Atlantic Avenue, a livery cab jumped the curb and injured a young woman in front of Rite-Aid. As it was on the north side of the street, the 84th precinct is responsible for handling the investigation. However, residents should know street safety is very much a concern of our own local 76th precinct, run by Captain Lenz.

Recently, the CHA met with Captain Lenz to specifically discuss the mayor's Vision Zero initiative. We were pleased to know street safety is very much an NYPD priority in our district and the numbers are proving effective.  When we met, we compared the numbers to last year and were pleased to see collisions in the 76th were down overall (1034 last year vs 1014 this year). For the week, serious injuries were down too (31 last year vs 27 this year). These are small, but significant improvements and NYPD keeps a close eye on such data so that trends can be seen, and new tactics can be formed, in name of keeping our streets safe for all road users.

This Tuesday, September 9th, the precinct's community council meetings will resume after a brief summer hiatus. All residents are encouraged to attend and let the officers know of any issues in the neighborhood. It is also a great way to get more information about many crime prevention programs offered by NYPD from burglary to VIN etching to identify theft and more.
Posted by Dave 'Paco' Abraham at 9/08/2014 12:00:00 PM